The great Normal skills of the newborn 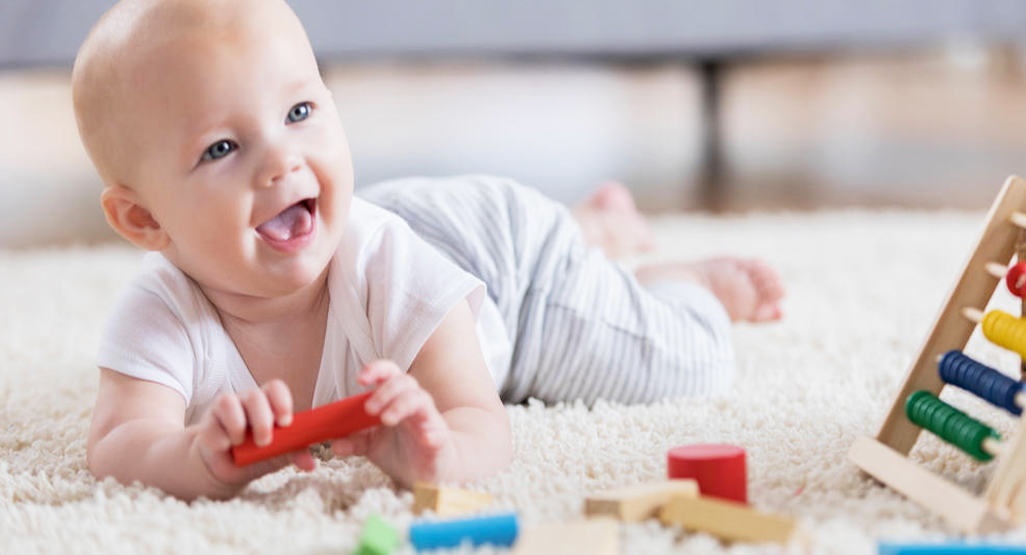 We hold him in the hollow of our arms. Him, so small and fragile; us, in love and intrigued. What happens behind his closed eyelids? What does he understand about the world around him? Surprisingly, he has more skills than we might think.

Between drinks, crying and brief moments of active waking, baby sleeps. He's a sleep marathoner. He spends nearly 16 hours a day sleeping. While we take advantage of his moments of abandonment to devour him with his eyes, he dreams.

To better understand the phenomenon, the researchers analyzed the fast eye movements of the infants since they correspond to the paradoxical phase of the sleep. They deduced from it that the babies dream twice as much as the adults, i.e. nearly 8 hours per day.

Difficult, even impossible, to say with certainty what a newborn dreams about. However, researchers believe that dreams serve, in part, to maintain brain activity and that babies, like adults, dream about what they experienced during the day. Following this theory, experts believe that babies, even as young as a few days old, dream about sounds, smells, lights and movements.

He is an expert at making himself understood (or heard)

Just because he's small and can't talk doesn't mean he can't express himself. According to Priscilla Dunstan, author of the book Il pleure, que dit-il? : Finally decoding babies' hidden language, newborns have a universal lexicon of 10 sounds that correspond to 10 basic needs.

So, depending on the length and intensity of the cries, baby tries to tell you that he is hungry, thirsty, too hot or too cold, that his diaper is dirty, that he is tired, that he is in pain, that he has had a big day, that he is sick, that he is bored or that he doesn't want to be forgotten.

Of course, there is literature (for example, the book mentioned above), but your best ally in decoding his tears is time. Over time, parents gradually become better interpreters.

He has an incredible memory

The newborn baby has a phenomenal olfactory memory. According to a study by Joy V. Browne, the amniotic liquid and breast milk would have the same aromatic invoice. In fact, research shows that it is because of this similarity in smell that babies have a natural preference for breast milk.

He recognizes his mother's face

When baby is born, his visual acuity is not yet fully developed. He can't perceive distances or reliefs and can only see at a distance of about 20 cm. However, confronted with two photographs (one of his mother and the other of a stranger), the 4-day-old baby will be much more interested in his mother's face.

He distinguishes his mother's voice

How do you know for sure that your baby recognizes his mother's voice? To reach this conclusion, researchers at Sainte-Justine UHC analyzed the electrical activity of the brains of 16 babies 24 hours after birth.

The recordings show that infants are able to differentiate their mother's voice from those around them.

This same study also tends to show that the mother's voice is processed in the area related to language learning. Mother thus plays a key role in the linguistic development of her infant.

He is an excellent swimmer

Of course, after nine months of bathing in amniotic fluid, you'd think that baby would be completely comfortable in water. Not only is he comfortable in the water: he can swim.

Immersed in water, he closes his mouth, automatically blocks his breathing and instantly moves his arms and legs. This is called the swimming reflex. For infants, swimming is innate!

That said, don't leave him alone in the bath! However, you can sign up for baby swimming lessons. He'll love it.

He knows how to imitate (and he loves it)

We look at him, and he grinds, makes sounds, opens and closes his little fingers. You think that all this is messy and the result of random movements, but you're wrong! The newborn imitates us. It tries to reproduce our mouth movements, the expression of our eyes and our gestures.

Until the age of three months, it imitates us to try to differentiate the people around it and to build itself. From the moment he reproduces the gestures of others, he also understands his uniqueness and he makes the difference between the imitator and the imitated.

This tendency to reproduce is noticeable in newborns between a few hours and three months of age, then it will slowly disappear. It will be necessary to wait until eight months of baby to see him imitate again, this time in a voluntary and controlled way.

We are literally role models for our children!

He ensures its safety thanks to the touch

You put your finger in his little hand and he serves it with all his might. Isn't it strange, since he is unable to control his movements? Not at all. That's called gripping.

When stimulation is performed under the palms of his hands or feet, the little fingers close tightly. The grip is so strong, it feels like you could lift it off the floor! This is one of the characteristics of the newborn: it indicates that on the nervous system side, everything is fine.

The nerve endings, located under baby's skin, are ultra-performing. They give baby the signal if the temperature is right or if he is in a comfortable environment. If not, it will make you understand all the extent of its discomfort.

Baby therefore uses his lower and upper limbs to qualify his environment, as well as to grasp ... just in case. In this way, he ensures himself a part of his safety.

Get the best viral stories straight into your inbox!